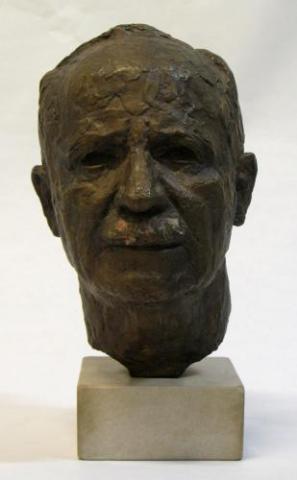 The Mycenaean Foundation is a non-profit corporation for scientific, educational, cultural, and charitable purposes under Section 501(c). The Foundation was registered in the State of Missouri in 1967 at the initiative of the late George Mylonas, renowned archaeologist, archaeology professor at Washington Univ., St. Louis, and excavator of Mycenae (1952-1988).

The first President of the Board of Directors, Dr. Betty Grossman (1967-1996), chaired the Board for thirty years and steered the Foundation successfully to its apogee. In the years from 1967 to 1972, the Foundation raised funds and mobilized resources to buy a three-acre portion of land on a hill at Mycenae and build two stunning buildings, the 'Melathron' and the 'McCarthy House.' These buildings would serve as an archaeology center for Greek and foreign scholars, a summer base of operations for Mylonas and his team of archaeologists and students during field campaigns at Mycenae, and a regional public cultural center. Clark Gamble, William Orthwein, the McCarthy family through the Roblee Foundation, and many other members of the Board of Directors and friends of the Foundation contributed to the fundraising. 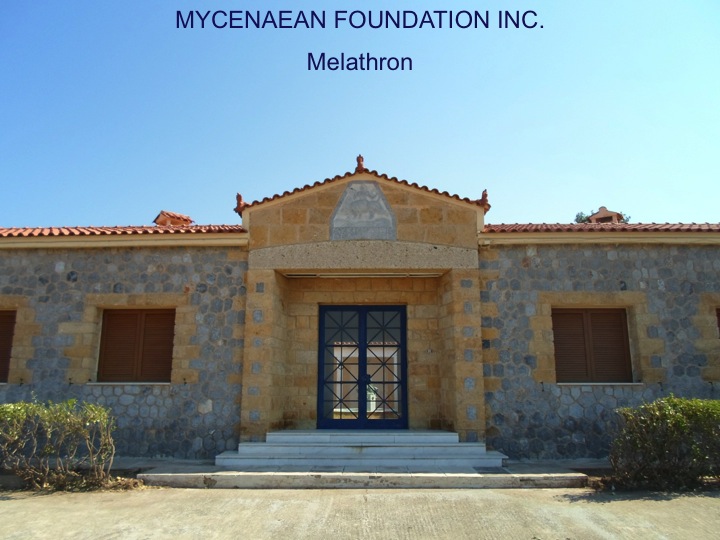 The 'Melathron' was designed by two Greek architects, Kostas and Vasilis Sgoutas in 1967. Built of Nemean greyish-blue stone and local yellowish limestone from Mycenae, the square building comprises 6,000 sq.ft. of living and work space, classrooms, offices, labs, storerooms, a library, and a ceremonial hall, all laid out symmetrically around a central peristyle atrium with a water fountain. The central fountain is decorated with a bronze sculpture of two lion cubs, which was created by Richard Duhme. The 'Melathron' was dedicated in 1969, while another building, the 'McCarthy House,' built nearby to increase living space, was dedicated in 1972.

In the following two decades, the Foundation raised funds to maintain its property in Greece, sponsor Mylonas' excavations, subsidize his scholarly publications, and provide accommodation for scholars conducting research in Mycenaean archaeology.

The death of G. Mylonas in 1988, who had been the soul of the Foundation, disconcerted the Foundation, left the Melathron Center orphaned, and led to a transitional, turbulent phase. The gradual withdrawal of several aging Board members, the desire to have the buildings at Mycenae used again as originally intended and the imperative need for continued maintenance of its property required drastic measures for change. In 1997, the second President of the Foundation, Mrs. Patricia Hecker (1996-1997), empowered by an unanimous decision of the Board, transferred the Mycenaean Foundation into the safe hands of Dr. Malcolm Wiener (1997-2001), Aegean prehistorian, philanthropist, and benefactor of Greek Archaeology. In the next fifteen years, the Foundation would be hosted by the Millburn Corporation in New York and the Institure for Aegean Prehistory. Dr. Malcolm Wiener (3rd President 1997-2001) and Professor Philip Betancourt (4th President 2001-2013), well-known Aegean prehistorian and archaeologist, consolidated the Foundation's finances, firmly steered the Mycenaean Foundation into a new period of flourish, and availed the late Professor Spyros Iakovidis, then Director of Excavations at Mycenae, to the use of the buildings as a base of operations. Dr. M. Wiener and Professor Ph. Betancourt successfully faced the most serious crisis since the inception of the Foundation: in 1999, the Municipality of Mycenae seized by force and illegally occupied the 'Melathron,' which led to a ten-year-long legal battle in the Greek courts. The litigation ended with the final judgment in favor of the Mycenaean Foundation, according to which the actions of the Municipality were condemned as illegal and the property was returned to the lawful ownership of the Foundation, albeit in extensive disrepair. The difficult, time-consuming, and expensive task of repairing and renovating both buildings at Mycenae commenced henceforth.

In 2013, at the initiative of Dr. M. Wiener and Professor Ph. Betancourt and with the unanimous support of the Board, the Mycenaean Foundation was transferred to Carlisle, PA, USA, with a new Board of Directors under the leadership of Professor Christofilis Maggidis (5th President, 2013-), Greek archaeologist, Aegean prehistorian, and Field Director of Mycenae. The Mycenaean Foundation maintains a foreign base of operations at Mycenae, Argolid, Greece, under the legal status of a foreign non-profit organization. 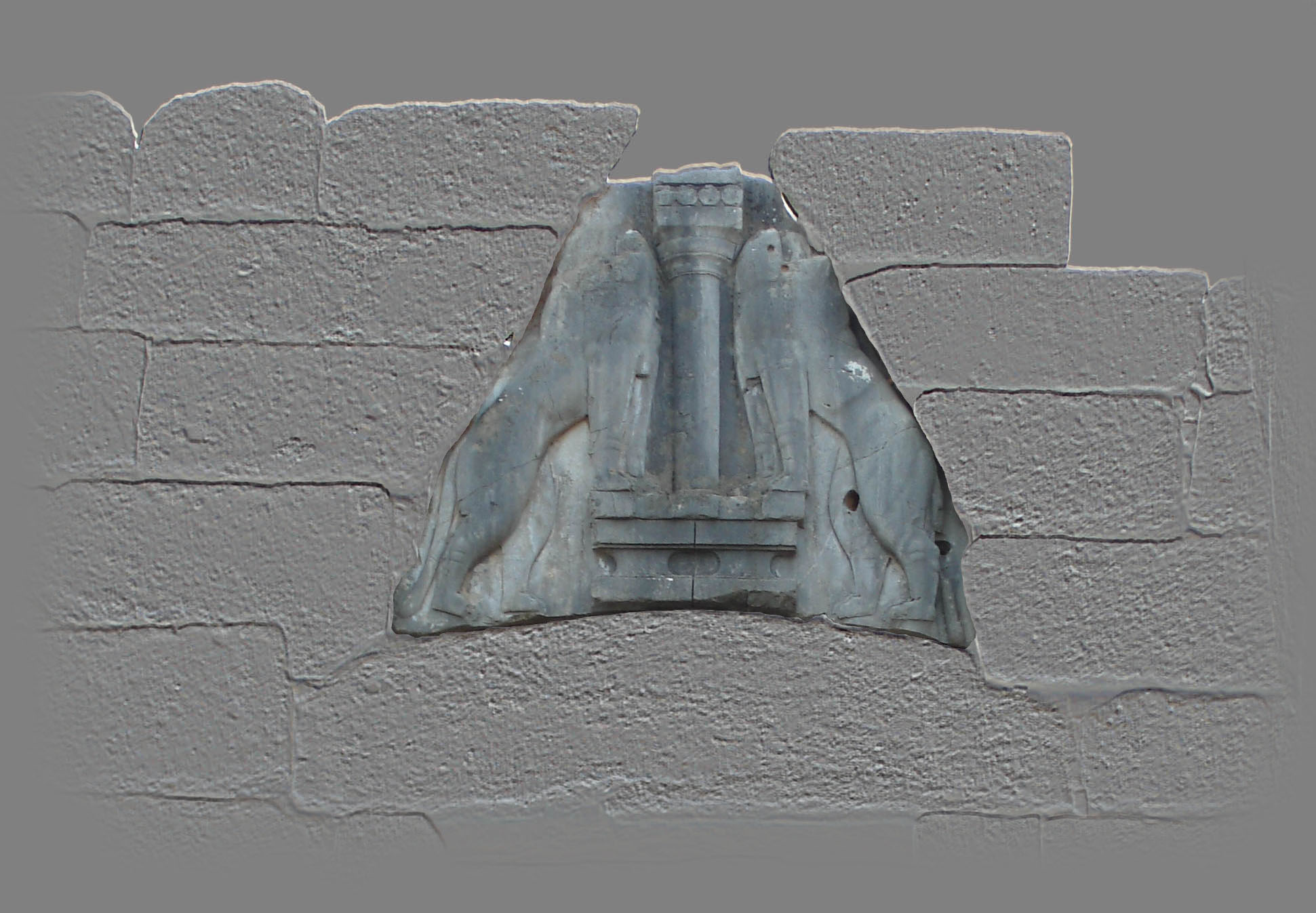 Among other contributions, the Foundation sponsors the archaeological excavations of Mycenae and subsidizes scholarly publications, makes contributions to various archaeological organizations, provides a summer base of operations for the Mycenae excavation team (including a library, study rooms, lab and work space for archaeologists, students, and technicians), offers accommodation for Greek and American scholars working at Mycenae, hosts study abroad programs for foreign students, promotes public interest in Mycenaean archaeology, humanities, arts, and sciences through public lectures, seminars, workshops, colloquia, conferences, serves both the international academic community and the local communities in the wider region, and fosters Greek-American collaboration.

The Mycenaean Foundation collaborates with select US colleges, universities, and institutes to co-organise and/or host their study abroad programs in Greece (Dickinson College 2002-2018, Pennsylvania Academy of the Fine Arts 2018, University of South Carolina 2017-2022, Institute of World Politics 2022-to date). In 2017, the Mycenaean Foundation established the American Center for Archaeology at Mycenae, which hosted an undergraduate study abroad program ("Greek Odyssey") of the University of South Carolina (“school of record” 2017-2022), endorsed by the International University Alliance (IUA) and the Study In Greece (Official Portal of the Hellenic Republic). The Greek Odyssey study abroad program focuses on archaeology and related disciplines, such as bioarchaeology, geoarchaeology, geophysics, geology, paleoenvironmental studies, archaeometry, archaeoastronomy, cultural heritage protection/management, classical civilisation, ancient history, ancient/modern Greek, studio art, art history, and theatrical studies, requiring no prior experience in archaeology, transcending disciplines, and engaging majors from across the spectrum, sciences, social sciences, arts and humanities. Since 2022, the Mycenaean Foundation co-organises and hosts the Hermes Global Studies in Ancient and Modern Diplomacy, a graduate study abroad program of the Institute of World Politics, and the Nostos cultural immersion program in Greece for friends and donors of the Foundation, alumni and students.

For the history, mission, and activities of the Mycenaean Foundation, download the official MF brochure. 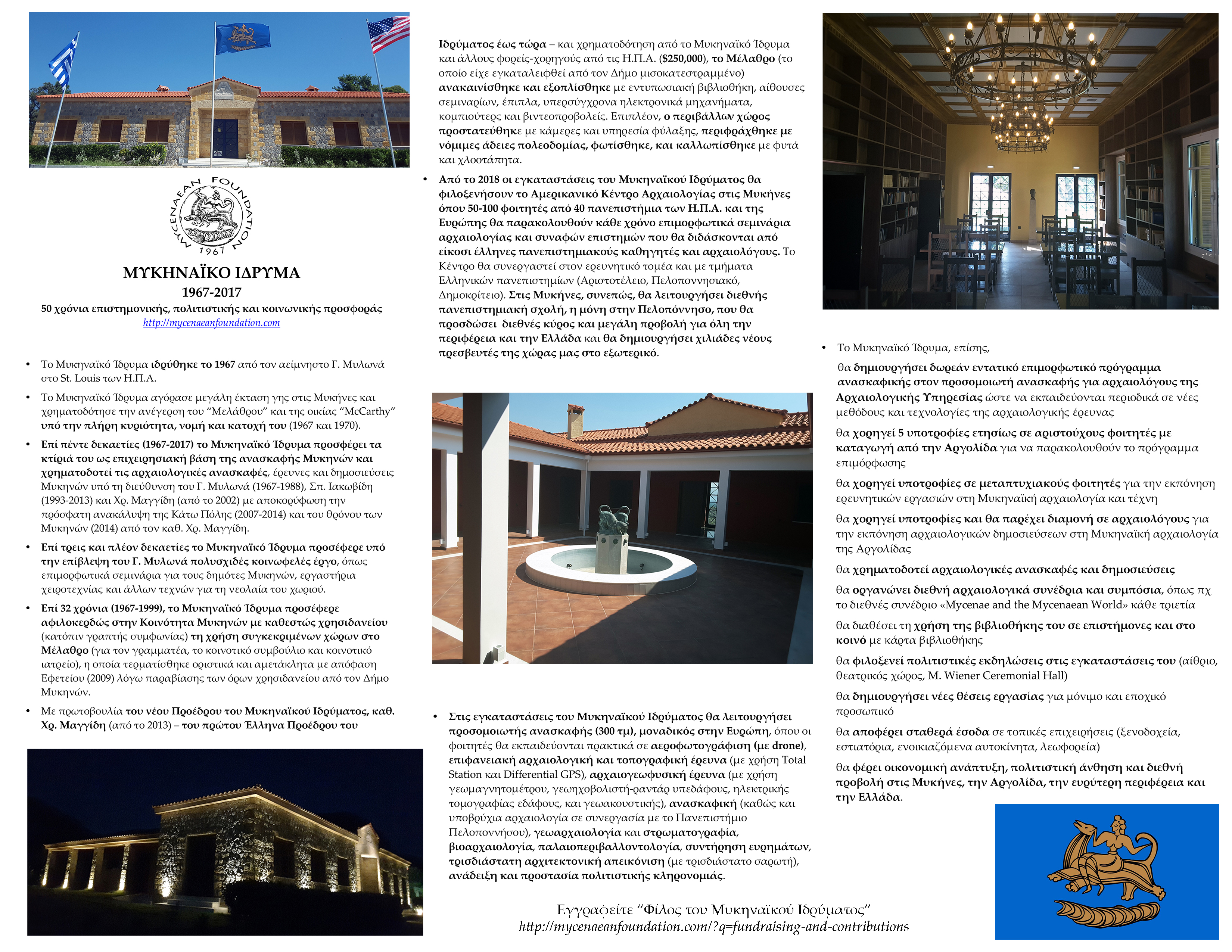