In 2010-2011 the systematic archaeogeophysical survey of Glas was conducted under the auspices of the Athens Archaeological Society and sponsored by Dickinson College, the INSTAP, the Mycenaean Foundation, and the University of Thessaloniki. Fieldwork was carried out by an interdisciplinary and international team of 20 archaeologists and specialists under the direction of Prof. C. Maggidis, and was run as a field school which offered top field training to undergraduate and graduate students from all over the world (http://mycenae-excavations.org/people.html)

Glas, an important palatial site in the region of Boeotia, was connected with the greatest engineering project in Aegean prehistory. Given the indigenous environmental circumscription and resource limitations of the Greek mainland, demographic growth in the Mycenaean palace states necessitated expansion and intensification of specialized agricultural production to meet basic needs and afford surplus for exportation. In the closing years of the 14thcentury BC a large-scale engineering project of colossal proportions was realized in Boeotia, perhaps a joint venture of the neighboring palaces of Thebes and Orchomenos, which effectively transformed the Kopais basin (ca. 20,000 ha) into the most fertile plain on mainland Greece. The Kopais drainage project was colossal by both ancient and modern standards and was referred as such in ancient literary sources. A vast citadel, today known as “Gla(s)” or “Kastro” (=“castle”), was built on top of an island-like, flat-topped bedrock outcrop rising 20-40 m above the plain below and encompassing an area of 20 ha (ten times the size of Tiryns and seven times that of Mycenae!) at the north-east edge of the drained Kopais basin. The Mycenaean citadel of Glas was fortified by a massive cyclopean wall (5.50-5.80 m thick) which runs along the brow of the rocky natural platform for approximately 3 km, features four gates, and encompasses a cluster of three adjacent and intercommunicating central enclosures which demarcate an administrative and residential complex, two parallel long storage buildings, and other subsidiary rooms. Glas has long been viewed as a fortified regional administrative and storage center, maintaining the complex draining system of Kopais and regulating the agricultural production.

The topography of Glas, however, changed drastically as a result of our systematic geophysical survey (D.E.P.A.S. of Glas 2010, 2011). The geophysical survey applied various remote sensing techniques (ground penetrating radar, geomagnetometry, electrical resistivity tomography, satellite/aerial photography). It was documented beyond any doubt that this vast citadel was not merely a fort after all, allegedly left void of structures outside the central enclosures, but was apparently protecting a vibrant, large town with many buildings of various uses, including at least five large, well-built palatial complexes, extensive residential quarters and clusters of buildings stretching between these complexes, storerooms, silos, cisterns, retaining walls and terraces, two additional sally ports and several towers in the cyclopean wall. The archaeological and geophysical investigation of Glas, therefore, re-defines the topography of the site, challenges the traditional view of the citadel’s function, changes our traditional perception of regional Mycenaean geopolitical landscape, explores the dynamics between this regional palatial center and satellite peripheral settlements in the Kopais basin, and re-interprets the geopolitical relations between the palatial centers of Glas, Orchomenos, Thebes. Preliminary results of the excavation were published in professional journals and were presented at conferences and invited lectures; the final publication is currently in working progress, near completion (http://glas-excavations.org/news.html). 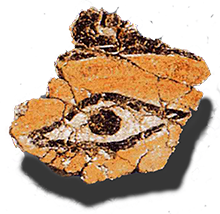